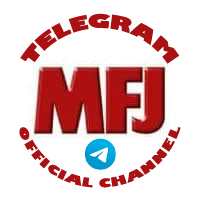 Announcing a first time ever award, dedicated to the promotion of the organization of the WRTC 2022 – “World Radio Team Championship”. Beginning on 1 January through 10 July 2022, over 100 Italian operators will activate the special WRTC callsigns, one for each Italian call area. Special WRTC callsigns will be active also during some contests. The final activity will be during the IARU HF Contest 2022. QSO totals and the award hunter’s scores will be displayed in real-time on wrtc2022.it/award. Each hunter will be able to download the award in digital format at the end of the radio event. Read the award rules hereSource: WRTC [...]

The Amateur Radio Emergency Service® (ARES®) team of Centralia, Washington, activated following an early morning bombing on December 19. Authorities say two men planted the bomb, which blew up the ATM at a local bank. The Washington State Patrol Bomb Squad and the FBI responded to assist the Centralia Police Department (CPD) in the investigation. The Centralia ARES team staged its communication... [...]

Packet Radio Pioneer Brian Rogers, N1URO, of Unionville, Connecticut, died on January 4. An ARRL member, he was 58. Rogers was considered a core contributor to amateur packet radio dating to the 1990s. Licensed in 1995, he focused on classic packet and 802.11/high-speed protocols, developed the URONode packet radio software, and was an avid packet user and contributor to various software packag... [...]

Be part of the RSGB Board

This is the time of year when volunteers can step forward for election at the RSGB 2022 AGM. There are two elected Board Director vacancies. If you are unsure whether to submit your application, read this important message from the RSGB Board Chair and the RSGB President. They would like to encourage applicants from diverse […] [...]

Many radio amateurs have expressed concern over the situation in the Kingdom of Tonga after the eruption of the volcano. The IARU Region 3 representative says that amateur radio in Tonga is difficult as there are currently no HF operators and few transceivers in storage. An emergency communication network may be set up in the […] [...]

Don’t forget, the RSGB National Radio Centre (NRC) at Bletchley Park reopens to visitors on Monday, 31 January 2022. The RSGB would like to thank the volunteers who will be on duty enabling the NRC to open seven days a week. RSGB Members will once again be able to download the free entry voucher in […] [...]

Also in GB2RS this week…

There are a number of vacancies for volunteer roles within the RSGB. Currently Region 3, England North-West, is looking for District Representatives for the Greater Manchester, Merseyside or Cumbria areas. District 11, England South West, is looking for District Representatives for Dorset, East Devon and West Somerset, as well as South Devon. The work is […] [...]

The AMSAT News Service bulletins are a free, weekly news and information service of AMSAT, The Radio Amateur Satellite Corporation. ANS publishes news related to Amateur Radio in Space including reports on the activities of a worldwide group of Amateur Radio operators who share an active interest in designing, building, launching and communicating through analog ... Read more [...]

The Tevel mission consisting of 8 satellites developed by the Herzliya Science Center in Israel, each carrying an FM transponder, is expected to launch on January 13 at 15:25 GMT on the SpaceX Falcon-9 Transporter-3 mission. This mission also carries AMSAT-EA’s EASAT-2 and HADES satellites. Tevel-1, Tevel-2 ….Tevel-8 Beacon transmissions on 436.400 MHz, (9600bps BPSK ... Read more [...]

The AMSAT News Service bulletins are a free, weekly news and information service of AMSAT, The Radio Amateur Satellite Corporation. ANS publishes news related to Amateur Radio in Space including reports on the activities of a worldwide group of Amateur Radio operators who share an active interest in designing, building, launching and communicating through analog ... Read more [...]

In December 2021 and January 2022, a clandestine radio station appeared on 3500 and 7000 kHz. The broadcasts were unusually in USB and could be heard throughout Europe. The radio program in Italian and English was directed against government COVID … [...]

ANACOM acts to eradicate interference and abuse of radio spectrum.

23cm Band and RNSS – Compromises need to be found

As we head into 2022 the ITU‑R and CEPT work considering the 23cm band and coexistence with the RNSS systems (GALILEO, COMPASS, GLONASS, GPS…) will continue so where have we got to and where is it heading? The IARU has … [...]

Peter Jost, HB9CET, due to health and age reasons, retired as IARU Monitoring System R1 Vice-Coordinator by the end of December 2021, remaining in IARUMS R1 as USKA (Switzerland) IARUMS Coordinator. Peter, awarded the IARUMS R1 Medal in September 2021, acting IARUMS coordinator for a period until October 2020 and deputy coordinator … [...]

Enno, PF5X informs DX-World that he will be active holiday style from Curaçao as PJ2/PF5X during January 28 to February 3 (possibly extending his stay until the 5th). QRV with 100W and end-fed wire antennas. 10-40m CW only. Club Log and LotW confirmation after the trip. No paper QSL. The post PJ2/PF5X – Curacao first appeared on DX-World. [...]

NEWS UPDATE – Bo, OX3LX will be active from Sonderstrom Airport, Greenland during the CQWW 160m CW Contest this weekend. QSL via OZ0J, LoTW and eQSL. Bo uploads to Club Log himself (thanks OZ0J.) OCTOBER 26, 2021 – Bo, OZ1DJJ will again be QRV as OX3LX from western Greenland during October 26 to November 9m […] The post OX3LX – Greenland first appeared on DX-World. [...]

NEWS UPDATE – Full info on this expedition can be found here DECEMBER 11, 2021 – A recent tweet by UA9KDF shows the planned journey to AS-104. A long way! DECEMBER 2 – Igor, UA9KDF recently tweeted that RT9K team plan activity from Rykacheva Island AS-104 as R150WS. Dates not yet set but sometime during […] The post R150WS – Rykacheva Island, AS-104 first appeared on DX-World. [...]

NEWS UPDATE – Many thanks to Budi, YE1AR for sending these pictures from Rondo island. They are scheduled to leave the island on January 31 after the CQ 160 CW contest. JANUARY 26 – Due to weather conditions and boat availability on Rondo island, OC-245 activity is extended until 31st January. JANUARY 20 – YB6ABO/P, […] The post Activation of Rondo Island, OC-245 first appeared on DX-World. [...]

Rule Number One of Pile-Ups: Stay in Control. Rule Number Two: Stations will use any means necessary to break the pile-up. Here are my tips to stay in control and manage rule number two. The post Managing the Pile-Up appeared first on QRZ NOW - Ham Radio News. [...]